Strike from the shadows in Conqueror’s Blade: Scorpio, launching as a free update on November 24. Ready your daggers to command units inspired by ancient Persia and its factions, and take on a new Seasonal Campaign featuring two reworked Maps!

Daicheng is the main seasonal objective of the season. Players will be able to start out their journey in either Anadolou or the Borderlands.

Sting like a scorpion with the Chain Dart & Scimitar (arriving December 8); the only weapon of choice for a true assassin. It will be the first addition to the player arsenal since the Pike in Season VIII: Dynasty, and becomes the thirteenth Weapon Class in Conqueror’s Blade.

Wait for the perfect opportunity to use the hook to break into the enemy's formation, and cut down foes with the scimitar.

Complete the first hero challenges in the F5 menu to unlock this weapon and its specialization which will allow you to use Skill Points to level up its skills.

Runes for the Chain Dart & Scimitar will appear on December 8.

The epic schematic set [Sand Scorpion] will grant bonuses for using a specific amount of pieces from the set:

This faction is specialised in melee and close-range combat, using scimitars and throwing knives. They fight fearlessly in the face of an unstoppable enemy army with unshakeable bravery.

The Jangjus wield scimitars with a long and storied history. Scimitar is used to describe a curved sword, in contrast to straight swords from the same time period. The earliest known appearance of a scimitar dates back to the 9th century in Khurasan, where it was used for its lightweight slashing capabilities, particularly when on horseback. A curved arc is better for slashing strikes, and the scimitar was widely used across the Middle East from the Ottoman period onwards for this very reason.

The Jangjus form the core of the Shahiri army. They specialise in both melee and close-range combat through the use of scimitars and throwing knives. These men were recruited from rural areas and are the foundation of General Hashem's regime in the cities. They have a reputation for unflappable courage in the face of enemy fire, though this has led them to over-extend their advances on more than one occasion.

Their throwing knife skill comes with a very short cooldown, which allows the Jangjus to attack multiple times, even while on the move. They can also launch ranged attacks in between melee strikes for extra burst potential.

An elite cavalry seen as a symbol of military might. Though their speed may not match horses, their stamina is unrivalled.

Camels were often used as cavalry animals in the Middle East due to their adaptability in arid desert environments. The size of camels was also said to have alarmed horses, making them effective in battle against conventional cavalry.

The first documented use of camels as military animals was in the Battle of Qarqar in 853 BC by the Arab king Gindibu. Even later still, the Roman Empire used camel riders in the 2nd century for desert policing, scouting, and escort duties.

Dangerous, elusive, determined. The Hashashins are trained in agility and stealth, allowing them to sneak attack any foe with their guard down.

Their notoriety and skill spread across the Middle East, in particular their use of “psychological warfare”, which instilled fear into their enemies, and often led to submission from their target.

In Conqueror’s Blade, the Hashashins have a long if much-obscured history, serving not only as assassins but also as dedicated reconnaissance and infiltration troops for the Shahiri army. Their training emphasises agility, fast reflexes, and the utmost dedication to the missions they are entrusted with.

Supposedly, a single Hashashin is capable of defeating any number of conscripted peasants in combat, but they are best used to cause maximum casualties among the enemy's troops and officers.

The Hashashins make use of smoke to slip into the shadows and can utilise this to cover their own attack or make a hasty retreat. Order your Hashashins to quickly approach a target while avoiding arrows, and quickly destroy enemies with low defence stats.

The Shahiri have discovered a new means of excavating doctrines in the desert.

You can process [Pure Wisdom], [Doctrines] and [Wisdoms] into new types of Doctrines which are not obtainable via any other method.

Complete the quest which starts at the Warden to gain access to the [Doctrinal Alchemy] system.

Press [X] or talk to the War Scholar and select [Doctrinal Alchemy].

Doctrinal Alchemy has a chance to grant [Doctrines] or Epic-quality [Wisdoms].

[Doctrines] can be tempered into 5 different tiers: I, II, III, IV and V.

Each tempering requires 8 [Doctrines] or [Wisdoms], you can mix and match what you use here out of the 2 types.

[Wisdom] can be obtained from Weekly Quests, Daily Sign-in, the Battle Pass, and various events. You can choose whether or not you use a [Pure Wisdom] during each process.

[Pure Wisdoms] greatly increase the Tempering Value gained when used, they are consumed on use.

Doctrine Spirits can be used to open a special Doctrine Selection Box which allows you to select from exclusive Epic Doctrines.

In order to help you better understand the Doctrinal Alchemy system, we are listing the Drop rates of Doctrines.

Note: The numbers in the table below are the minimum drop chance:

Note: Please note that there have been some adjustments to Doctrinal Alchemy drop rate and functionality since the Preview Event based on player feedback. Strike from the shadows in the new PvE Mode: Deploy & Defend. Deploy units to set up a defence and fight off the invaders in this new Tower Defence inspired mode! Defeat all enemies to achieve victory.

Deploy & Defend is a new PvE Mode where solo players can deploy multiple Units at the same time to defend the camp by themselves.

The map features multiple flags, interacting with one enables you to deploy units or change the ones who are stationed at the point where the flag is located. The number of times you can deploy and change units is limited and replenishes over the course of the match.

Victory Conditions: Defeat all enemies within the allotted time.

Defeat Conditions: You will be defeated if enough attackers reach the safe area behind the base, or you fail to defeat all your enemies within the allotted time.

You can play Deploy & Defend on the Lesser Greenpeak Camp map.

Deploy & Defend employs tower defence-like gameplay, and we’re excited to see what you make of it. We'll keep an eye on your feedback and continue to adjust the Deploy & Defend map to ensure as great an experience as possible. A new Battle Pass has been added to the Seasonal Menu (F5), this time themed around Persia. We have made a small adjustment to the requirements of leveling up the Battle Pass. With this season, we are also planning to launch our quick-communication system to make it easier for the team to discuss tactics and issue commands. We are planning for this new system to be introduced on December 1. You can press the [Middle Mouse] button (default hotkey) to mark units. Units you mark will be lit up and a sound prompt will be played. Only your allies will be able to hear this sound prompt. We have also made improvements to the original hotkey voice wheel. By holding down the [Middle Mouse] button (default hotkey) to call out the wheel. With this, you can place markers for your allies to see, such as “Deploy Ranged Units” or “Break Through!”.

You can change your settings for this new system within the personalisation menu. 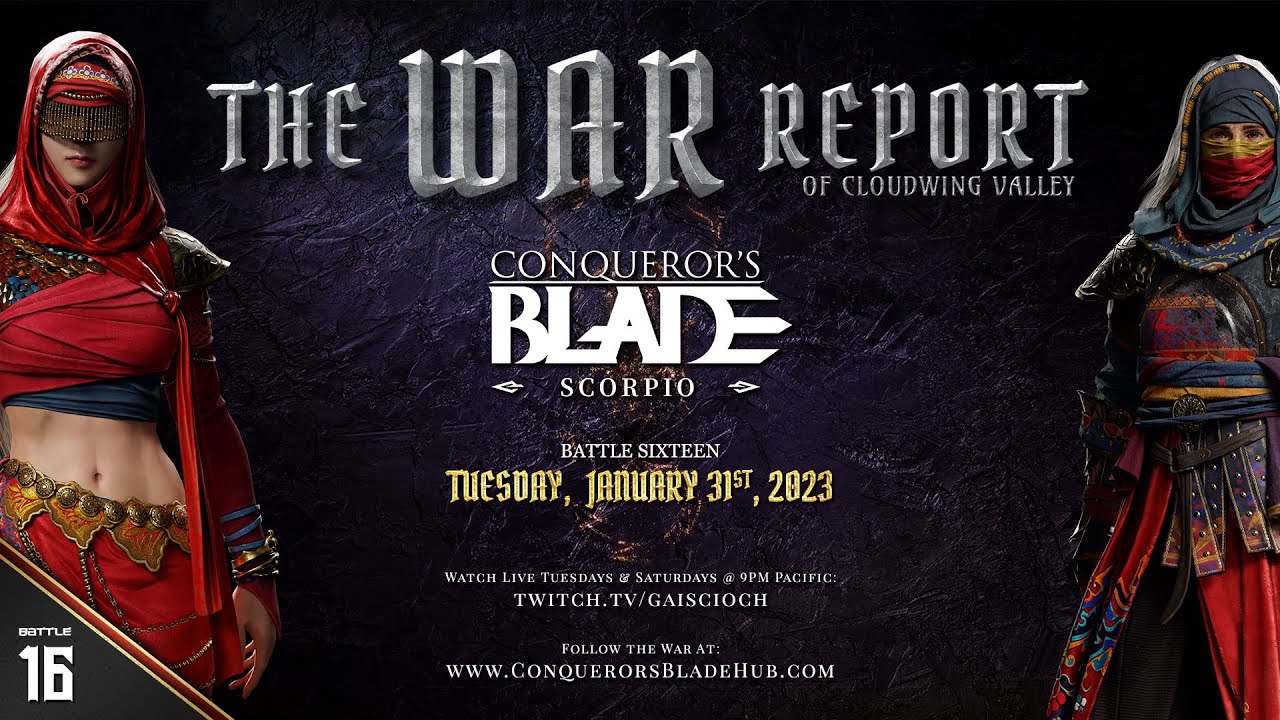 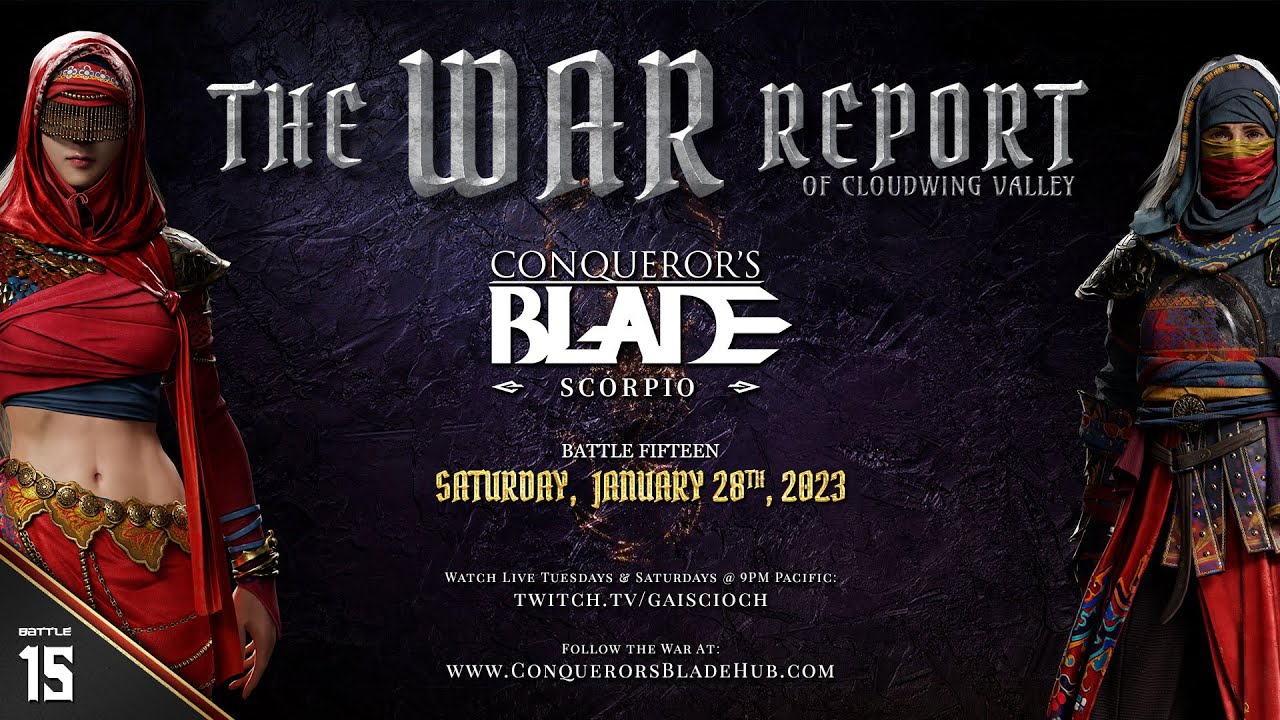 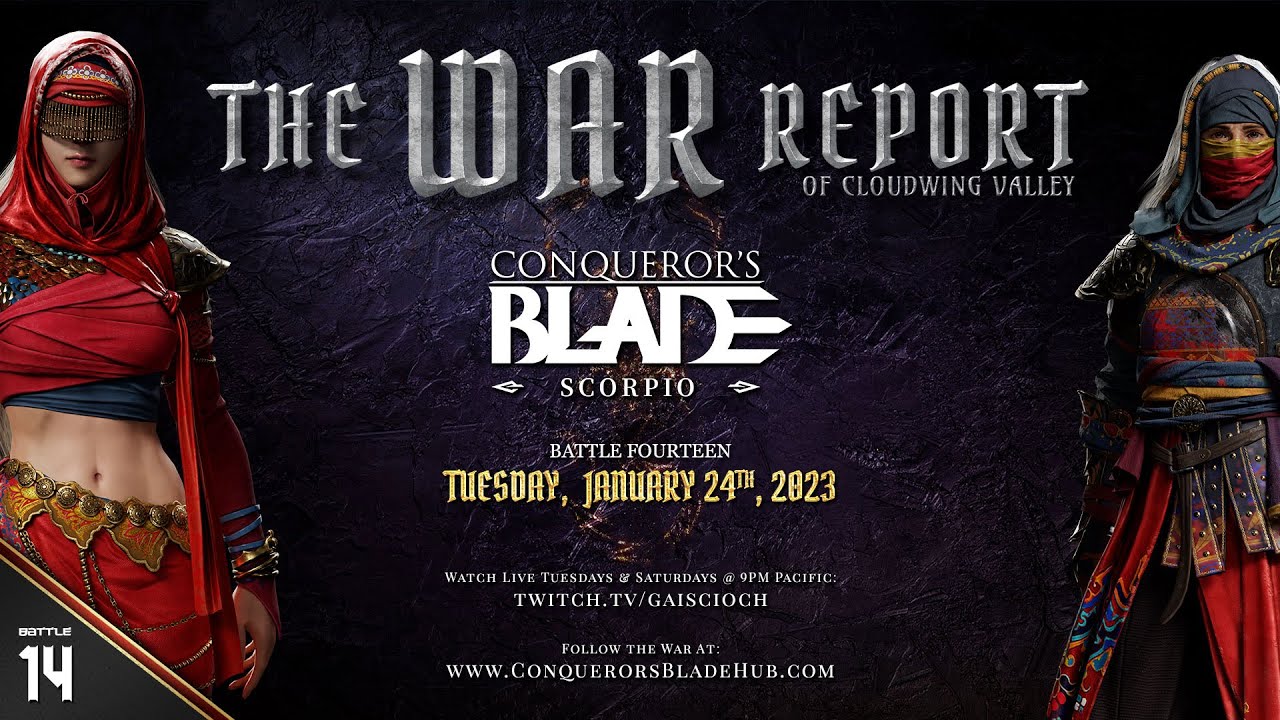 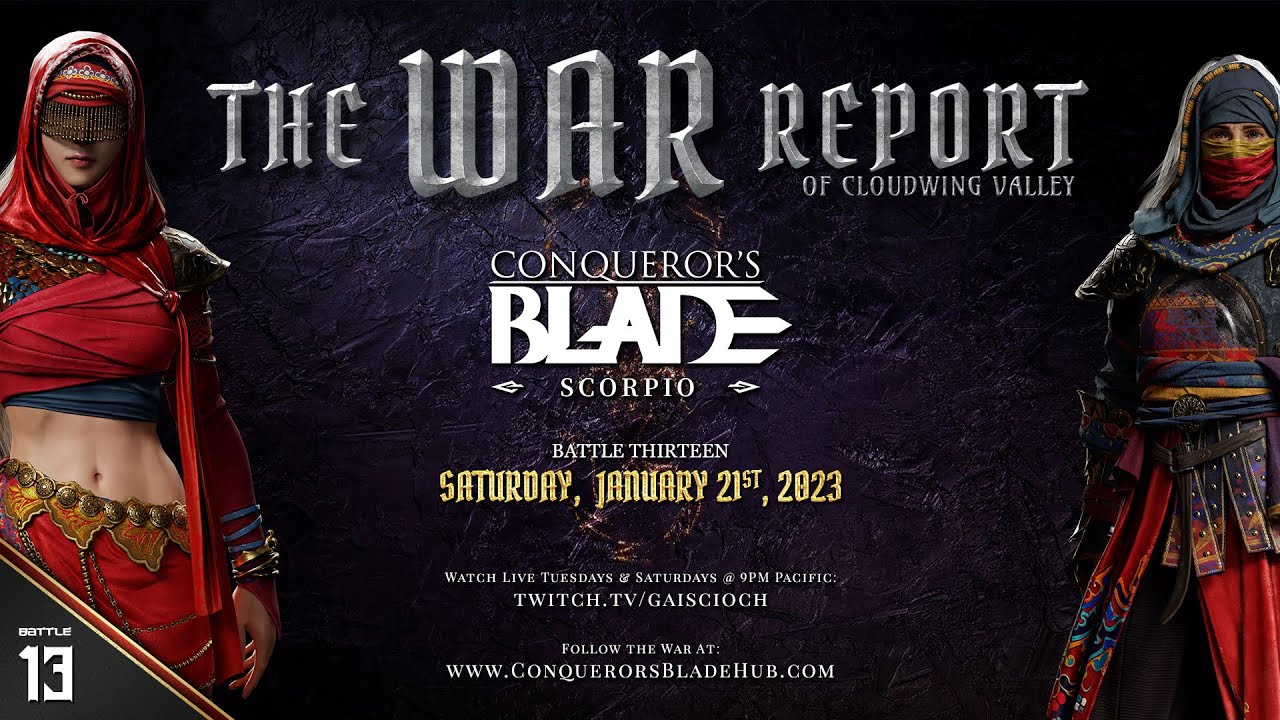 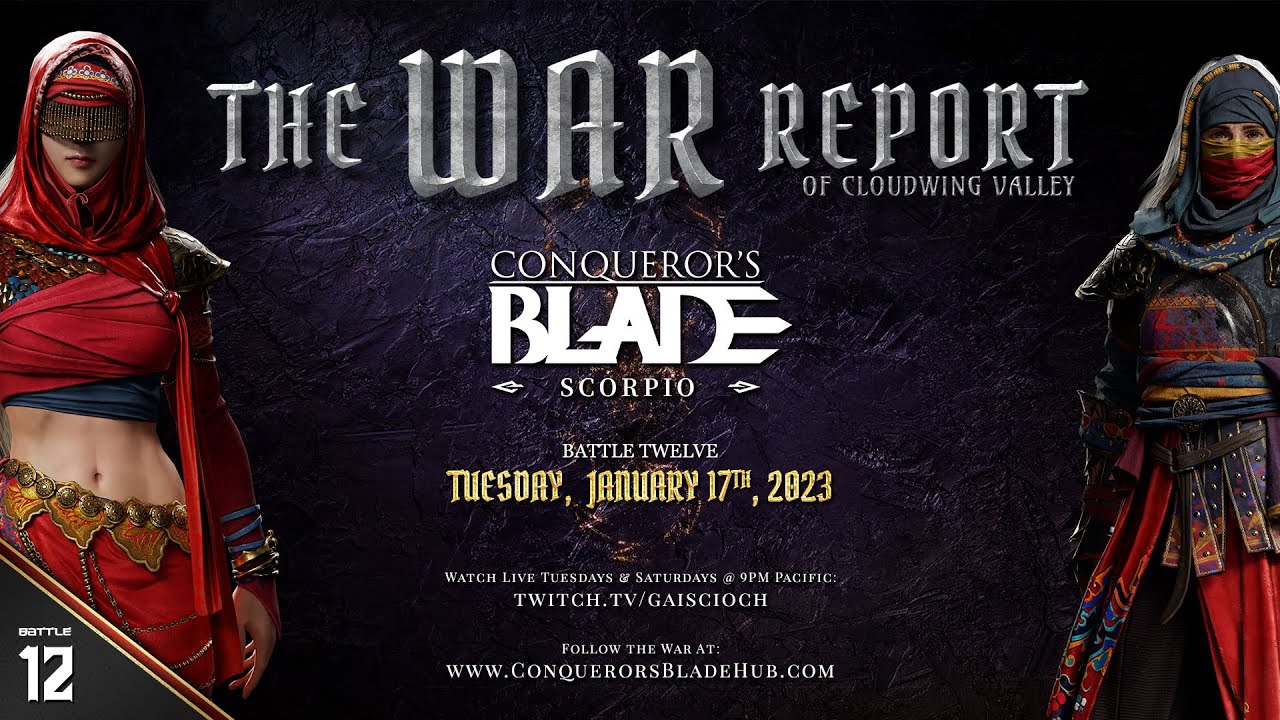 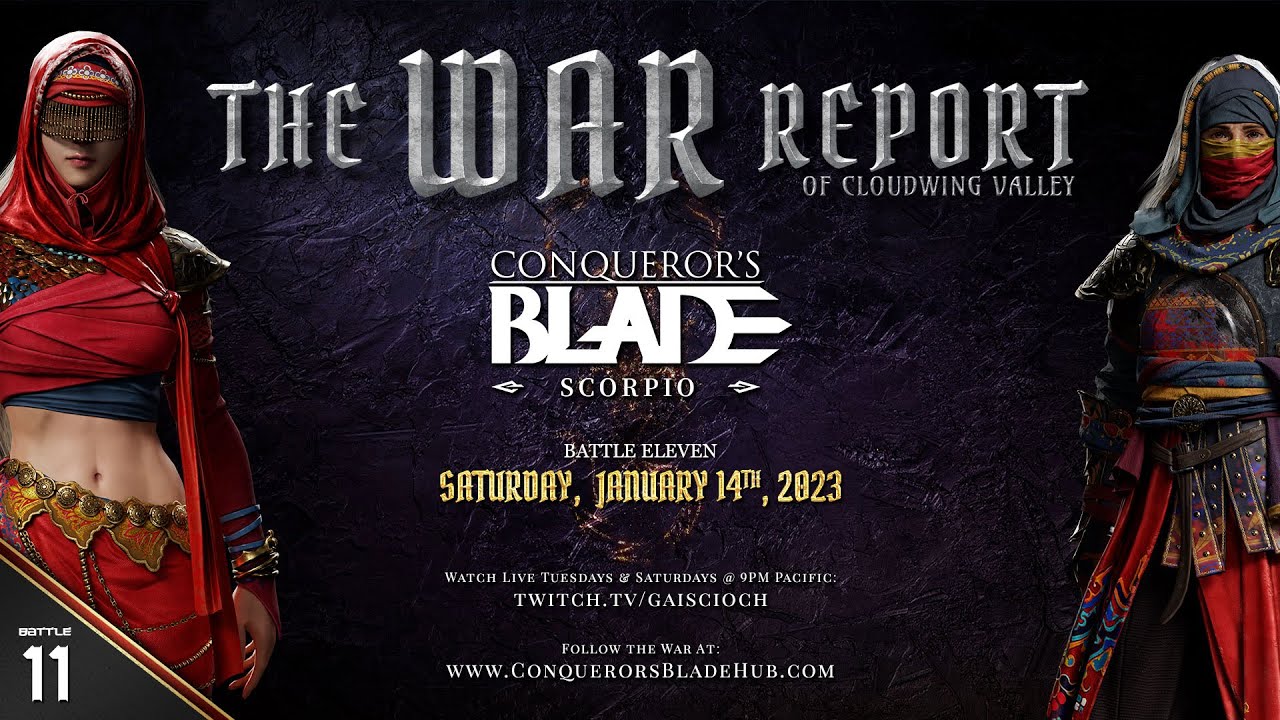 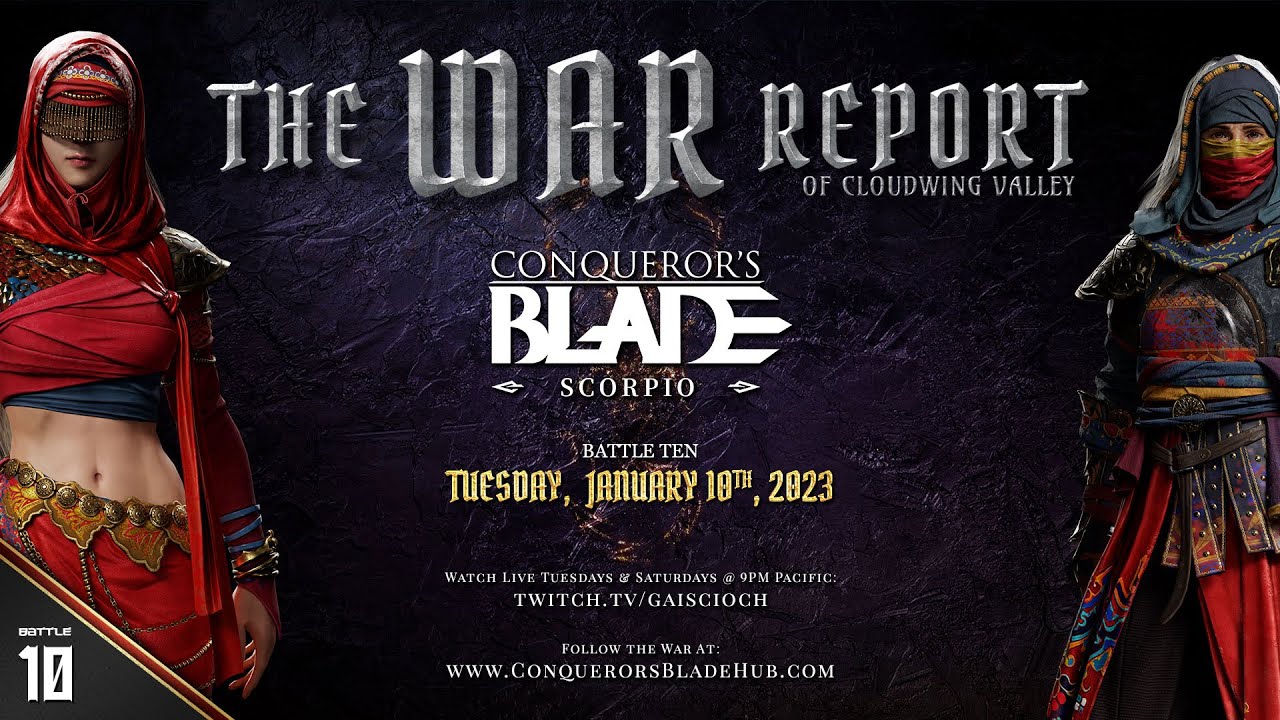 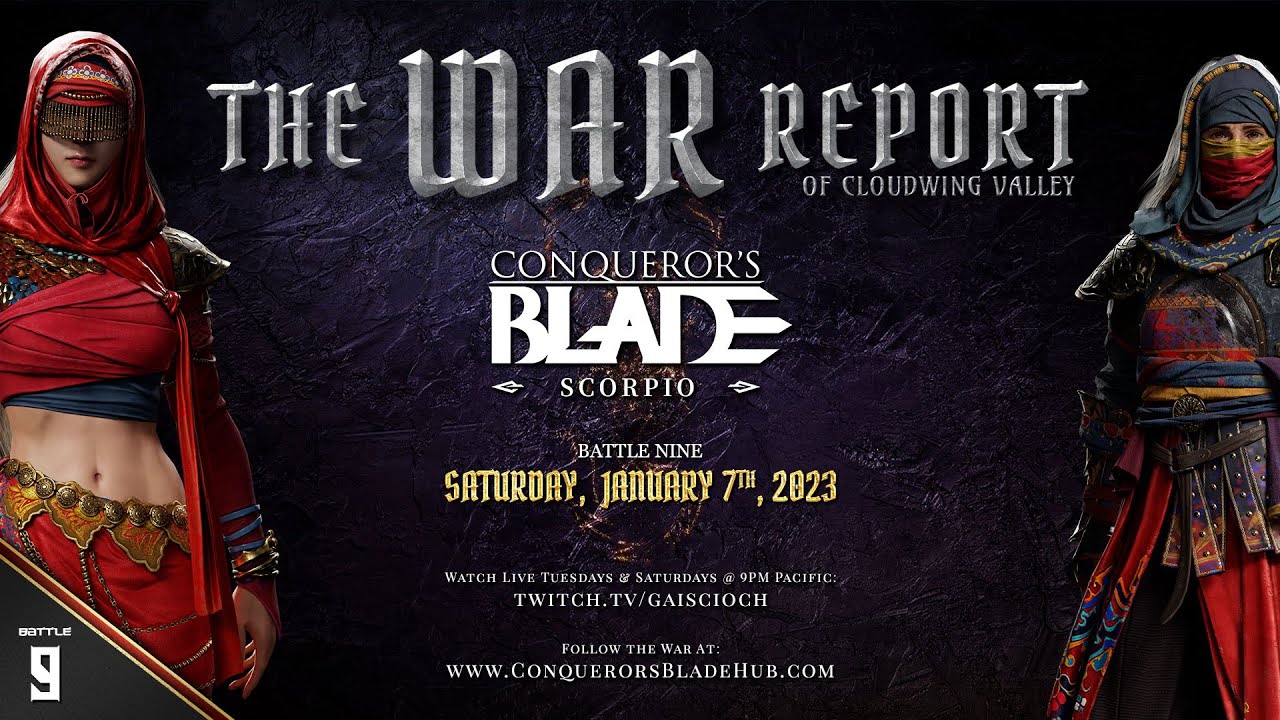 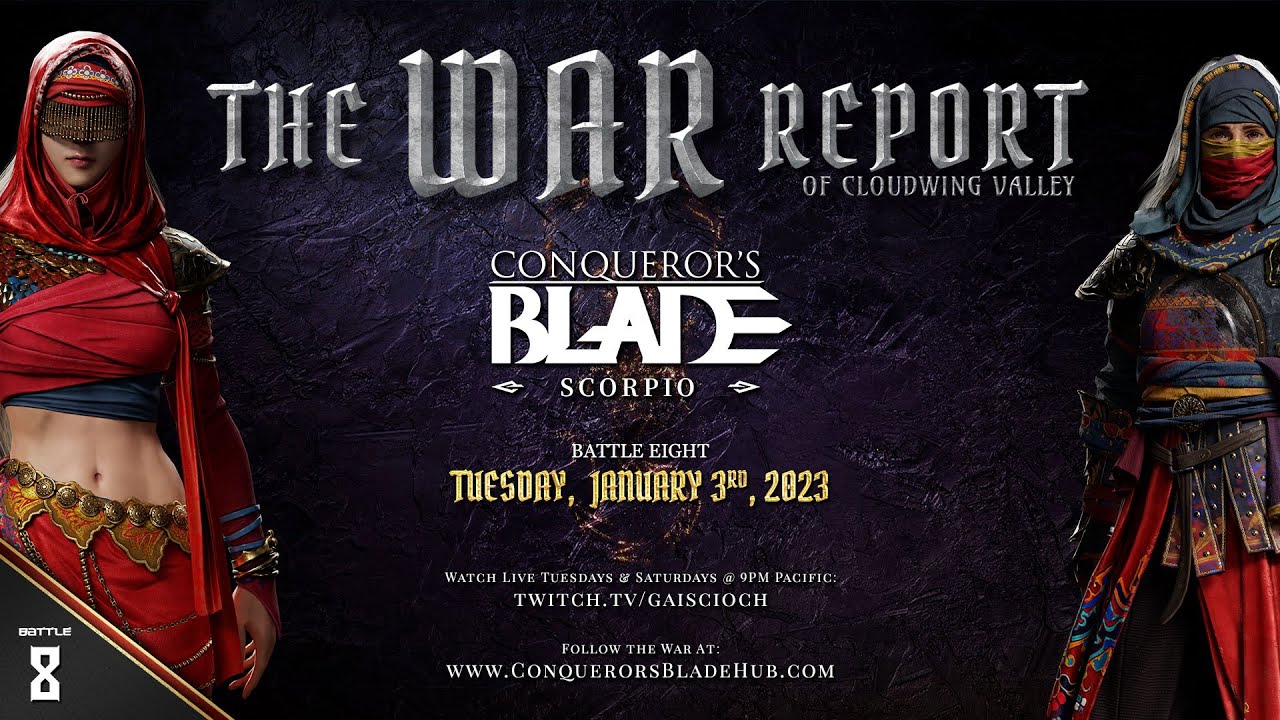 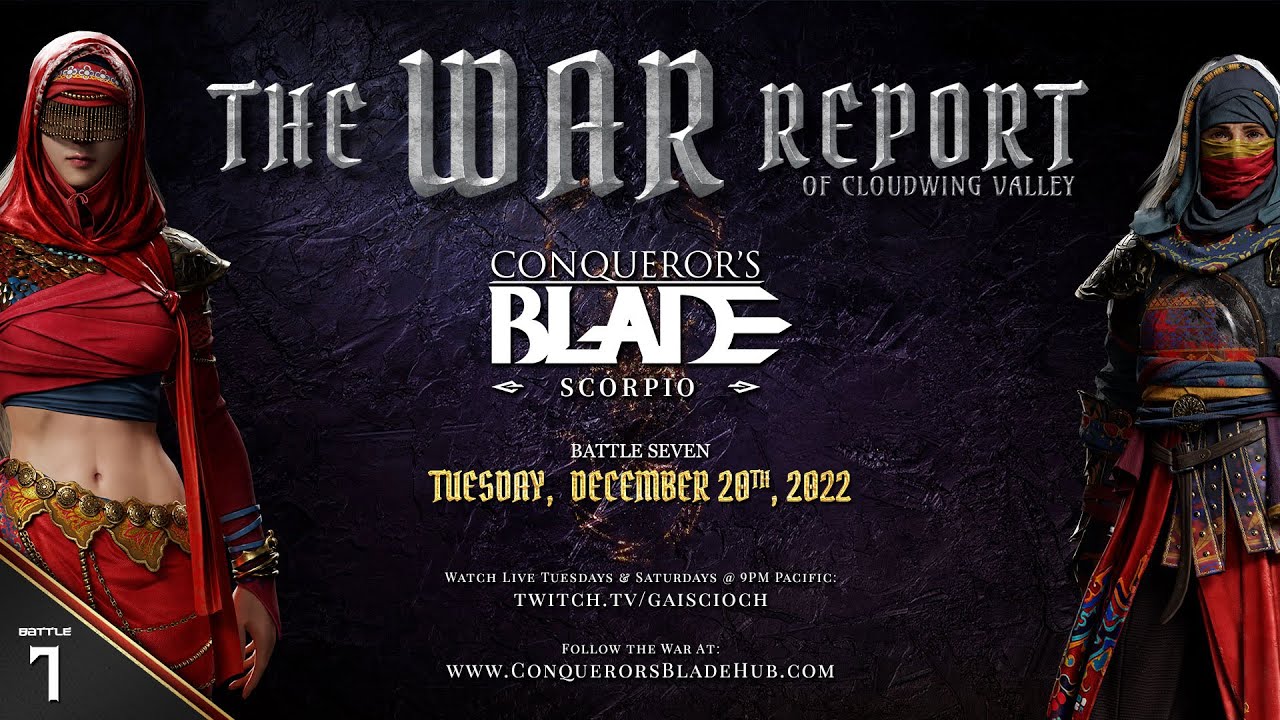 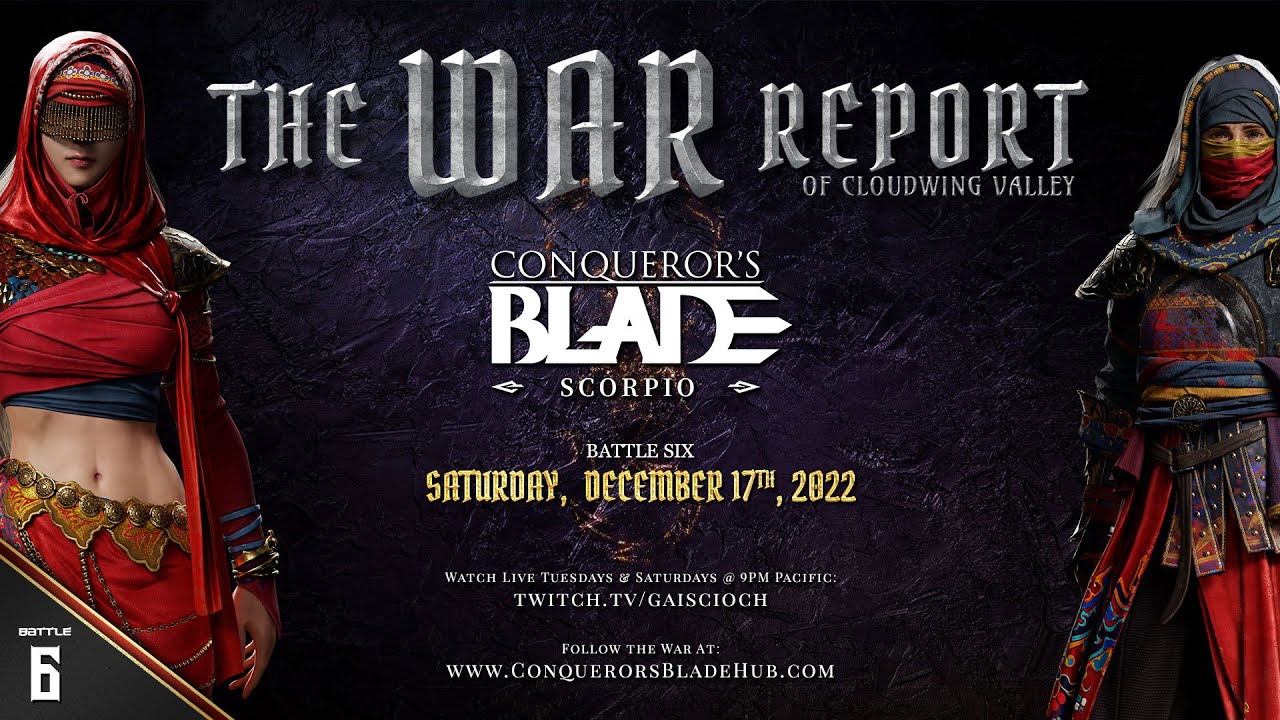 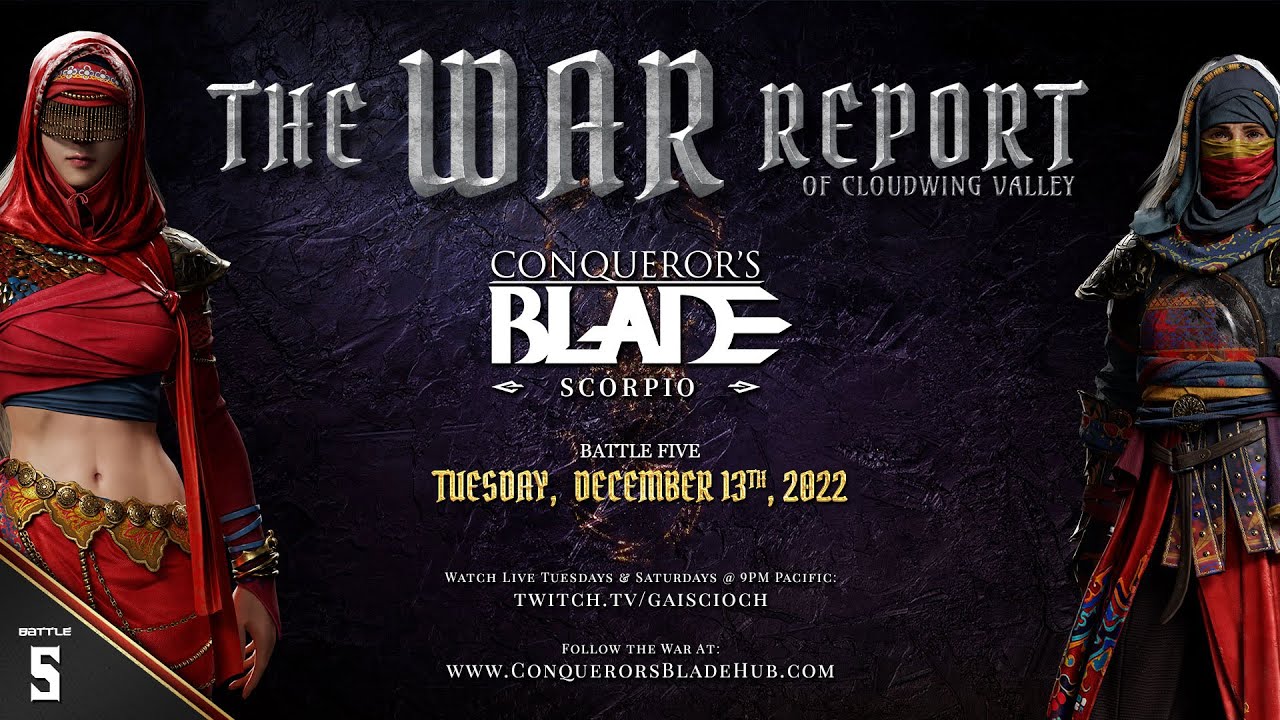 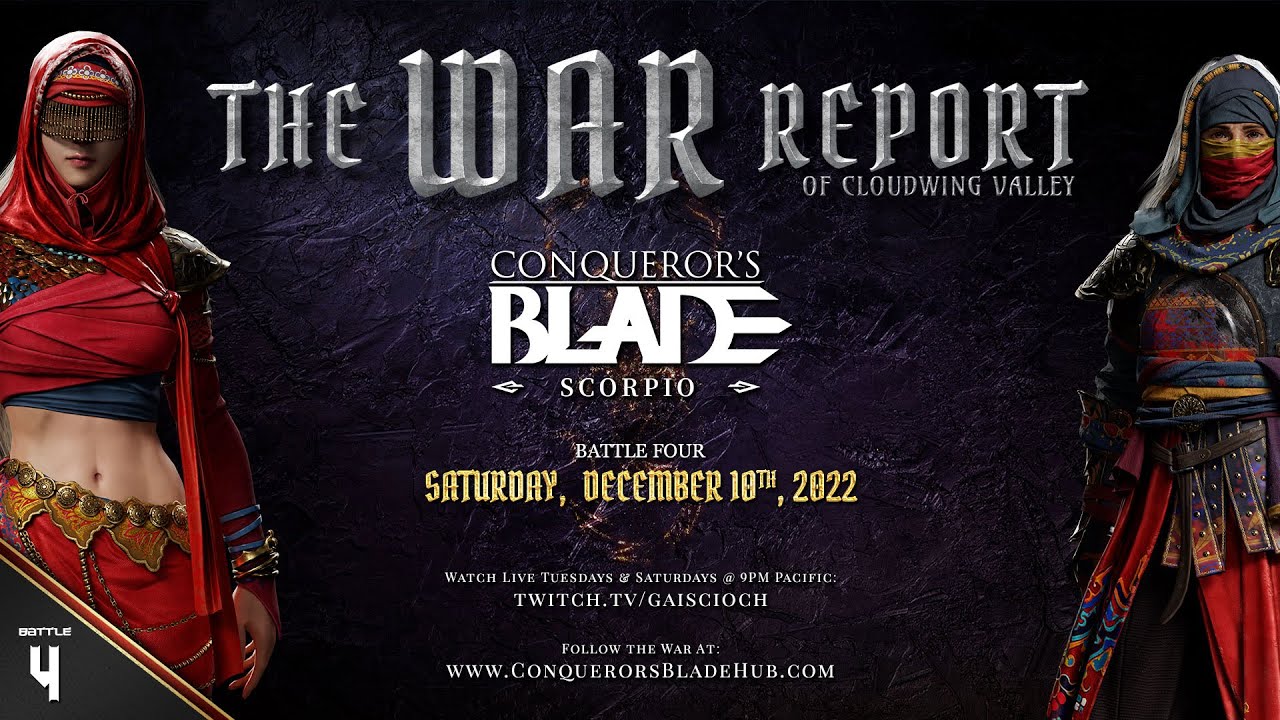 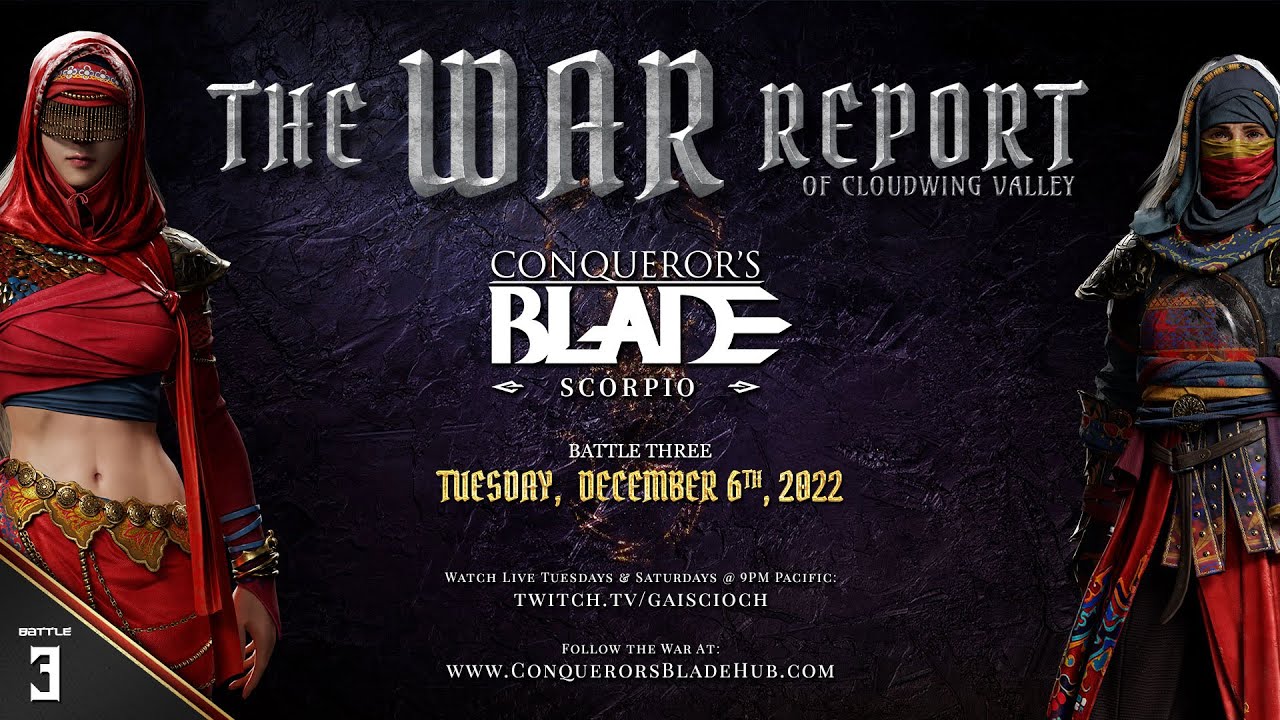 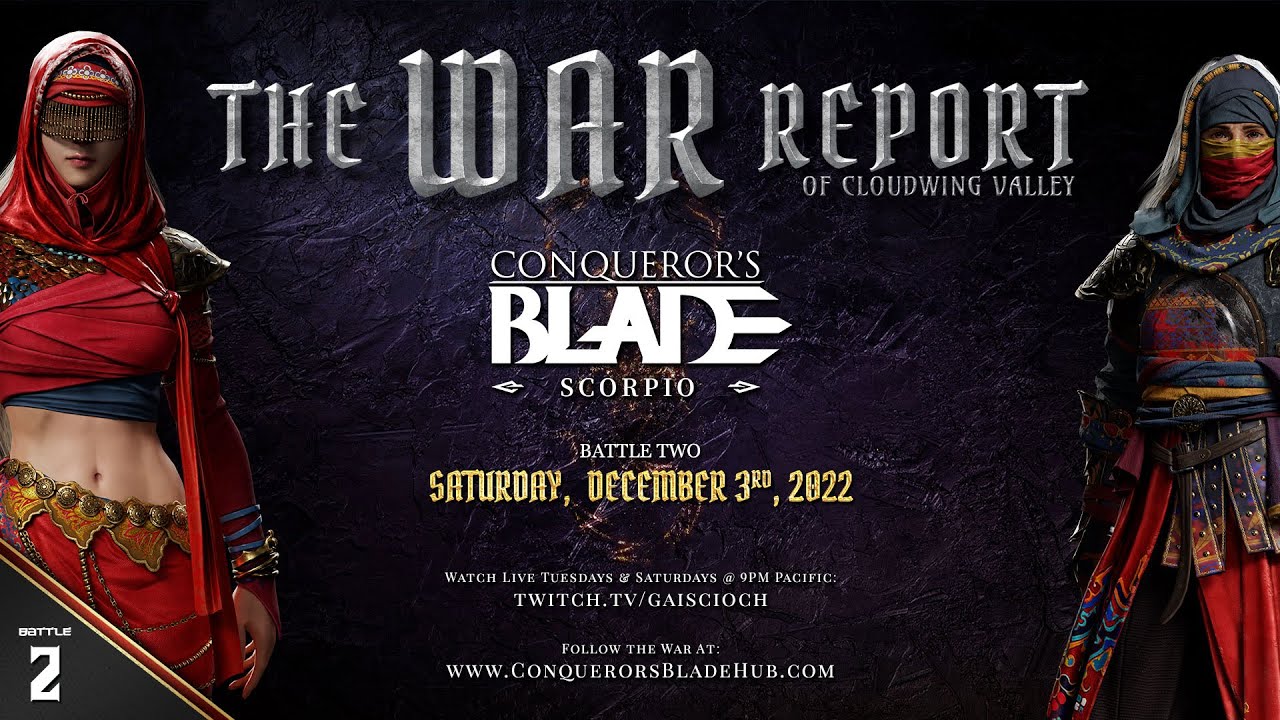 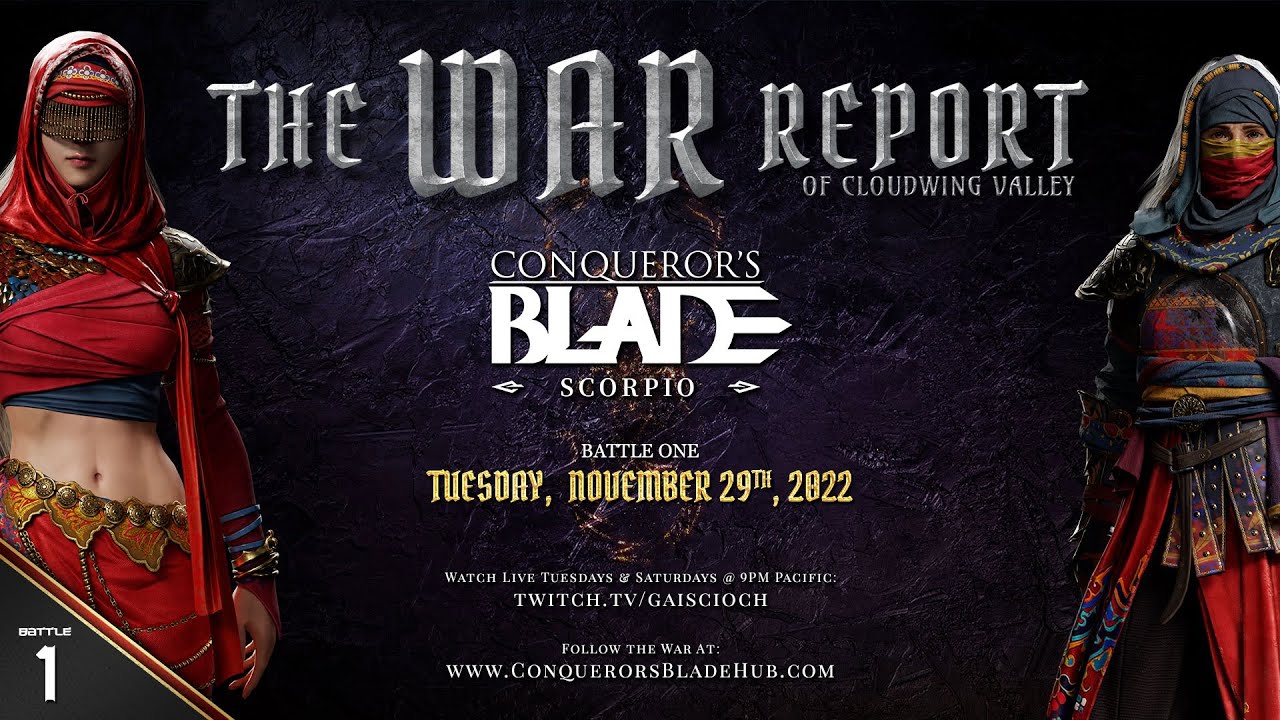